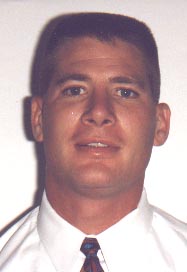 Fitting, the Hall concluded, was that Mr. Gustafson himself should be the first Inspiration Award Winner. The Hall of Fame’s inspiration award is named after its first recipient. Gustafson nearly died in a tractor accident at age 9 in his hometown of Lyons. He lost an arm and a shoulder and nearly lost a leg. At one time, he was defying the odds by just walking. Later, he played high school sports. He started for three years on the basketball team, averaged 10 points a game and was the team’s leading rebounder as a senior. He played one year of football, ran track for four years and played summer baseball. He graduated in 1984. His inspiration to others, including opponents, was as noticeable to observers as his outstanding contributions to the contests.