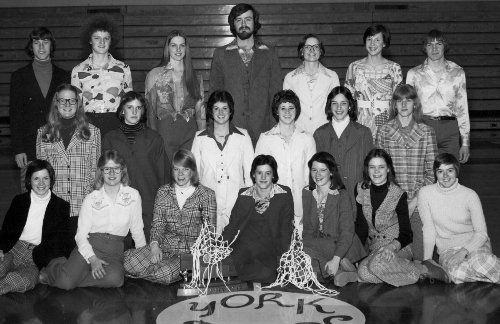 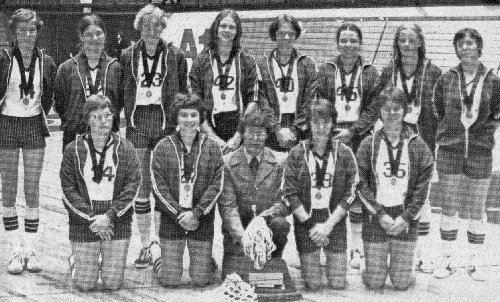 Twenty-five years ago this year, a group of girls from St. Cecilia made history.

They were the school’s first girls basketball team, they played in the first state tournament that same year and won the coveted title of state Class C champs. Their remarkable performance in the infancy of the girls basketball program made them celebrities of sorts. Recently, the team was inducted into the Nebraska High School Sports Hall of Fame. Many of the team members attended the banquet.

The Nebraska High School Sports Hall of Fame in Lincoln gives recognition to athletes, coaches and teams for outstanding achievements through the years.

Among those who attended were Bonnie (Pohlmeier) Englehardt of Kenesaw and Nancy (Kindig) Malone of Geneva. Englehardt said she was honored to be counted among an elite group of athletes. “What an honor to be a member with everyone else who were legends of their own time,” she said.

Malone is excited that she was part of the ground floor of girls basketball. “We’re now the people our daughters can look at and be proud of for paving the way for them,” Malone said. “That was our part in history.”

Englehardt recalled how the team was known for its coach, Jim Nemetz, the current STC athletic director. “He always had a Lifesaver lollipop stick in his mouth. I think it ‘saved’ him his sanity his first year of coaching girls,” she said jokingly.

Maybe it wasn’t that bad. “They played like boys,” Nemetz said. “Most of the girls played with their brothers in the garage. It made them better athletes. We had a lot of talent. We did a lot of running and could be physical.

Malone remembers Nemetz telling them in 1976, “You will win the state championship.” “From the beginning, we knew we would win,” Malone said. And win they did. The team went on a streak, going 66-0 the first three years. They dominated most games.

“We didn’t score under 60 points a game,” Malone said. Malone attributes the team’s winning streak to great coaching and great parents. “We couldn’t have done it without parental support. We’re really grateful for that,” Malone said. 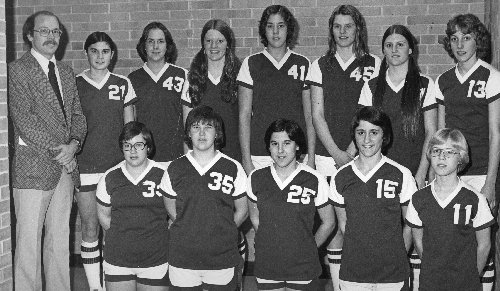