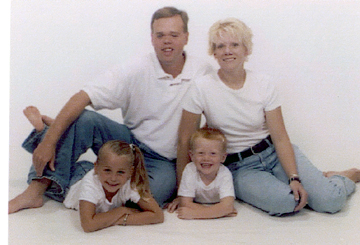 Fort Calhoun
1992 and was a state qualifier in 1991.
Neil Halford of Fort Calhoun placed fourth in the state wrestling meet in 1992 and was a state qualifier in 1991.Halford lost his sight at the age of two when he was kicked in the face by a horse. Despite blindness, he placed fourth in the state wrestling tournament in 1992 and was a state qualifier in 1991. A self-proclaimed “huge” football fan, Halford used athletics to build character and fuel a competitive nature. After winning only a handful of matches during his freshman and sophomore years, he turned hard work and dedication into a successful junior and senior campaigns. His senior year, he practiced and worked out with the football team and, although he didn’t play, was named a team captain. He has written a book, “The Sound of Sight,” about how his hearing has helped him cope. See his website.