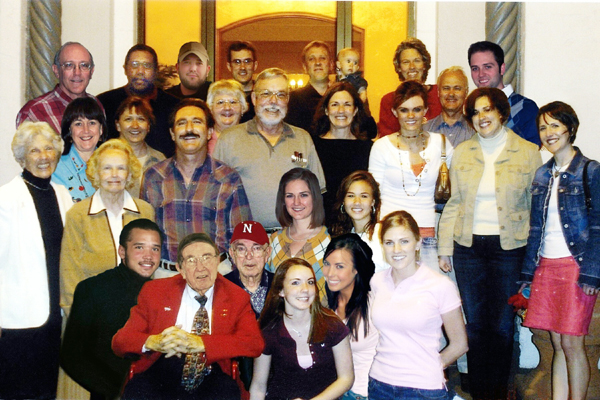 Sam, a former mayor of Lincoln, and Edward, a former University of Nebraska regent, were football standouts at Lincoln High and the University of Nebraska, playing as teammates on the Husker team of 1939, and constant supporters of high school activities. Sam’s wife, Dorothy, and daughter, Christie, were founders of the Nebraska Women’s Amateur Golf Association and have won a combined 11 state amateur championships. Ed’s son ­in-law, Mike Fultz, was inducted into the Nebraska High School Sports Hall of Fame in 2005. Grandchildren have added to the legacy, among other things, playing soccer at Nebraska and water polo at the University of Richmond