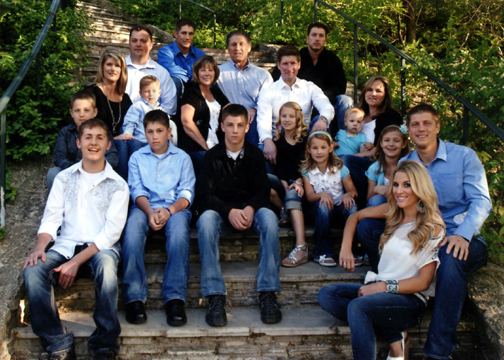 The John and Connie Makovicka family moved easily from the playing fields of Nebraska’s smallest high schools to the national spotlight. The family legacy started with John’s all-around athletic ability resulting in 12 letters in football, baseball and track at Kearney State College. He set the school record for touchdowns in 1970 when he was the national scoring champion.

His children — Jennifer, Jeffrey, Joel, Justin and Jordan — followed in their father’s footsteps, starring at Brainard East Butler and in college. For the East Butler football team, the four boys rushed for a combined 15,676 yards and hold four of the top five places in the school’s list of top rushers. Jennifer set the school’s basketball scoring record.