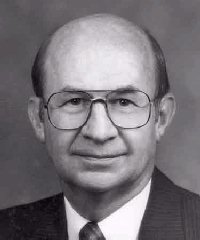 Contributor. The large majority of Al.’s professional career was on a collegiate level, but he continually worked with, and for, the high schools in the state of Nebraska.  A 1950 Doane College graduate, Al accepted his first coaching position at Laurel, followed by two years at Crete Public Schools.  In 1955, he was selected as Head Football and Track Coach at Doane College, a position he held for 17 years.  His football and track teams were very successful earning him Nebraska College Coach of the Year on three separate occasions.  At Doane, he would host one of the largest high school invitational track and field meets in the state.   After the completion of a fieldhouse at Doane, high school invitational and district qualifying basketball tournaments were common. In 1973 Al left the coaching arena and accepted a position at the University of Nebraska.   As an administrator of college athletics he continued to serve Nebraska high school coaches and athletes,  For 23 consecutive years he served as Head Referee for the Nebraska High School Track and Field Championships held at Burke Stadium.  Other Halls of Fame honors include: Nebraska Football Foundation Hall of Fame, Nebraska Shrine Bowl Hall of Fame, Nebraska Track and Field Hall of Fame (official), Nebraska Basketball Hall of Fame (contributor), and Doane College Athletic Hall of Fame (coach).   Al retired January 1, 2002, as the Senior Associate Athletics Director, University of Nebraska.