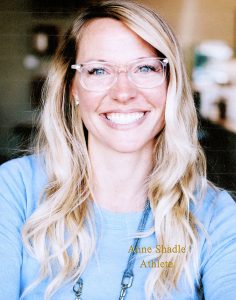 South Sioux City (Class of 2001)
The road under Anne Shadle’s feet often seemed to fly by. At South Sioux City, where her father was the coach, Shadle took the first steps to becoming a premier runner. She won three Class B and two all-class gold medals at the state cross country championships and three all-class gold medals at the state track meet. She went on to earn seven track and cross country letters at Nebraska, making the jump to the next level when she won the indoor mile and outdoor 1,500 at the NCAA championships in 2005. She graduated from Nebraska holding two individual and three relay records. After college, she ran professionally for three years, competing in the 2008 Olympic Trials.