Completed a two-year sweep as Class E champions. Went 27-0 in 54-55, accumulating more than half of the team’s wins during a 50-game win streak; and the first of back-to-back the Class E state championships. The 1955-56 team won all of its 28 games but was forced to forfeit five games because of an NSAA eligibility issue. 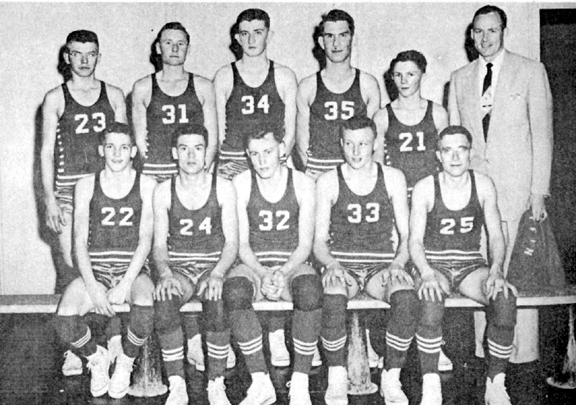