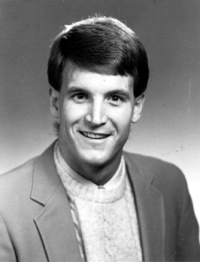 Athlete. Because of his outstanding basketball skills, many Nebraska fans may not know that this 1982 graduate of Perkins County High School also played on three Class C football state championship teams from the fair city of Grant. During his high school playing days, Bill Jackman led his teammates to two straight high school basketball championships, having an unbroken record of 52 straight wins when he was a junior and senior. All-state twice, he scored a career total of 1,768. His scoring record in the state basketball tournament of 214 still ranks high. Played at both Duke and the University of Nebraska during his college days.