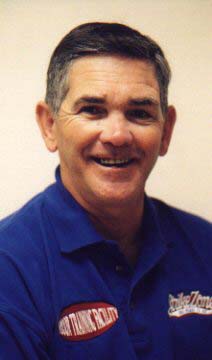 Coach. Though he coached for 35 years, this baseball wizard really hit his stride when taking on the Omaha Northwest High School baseball program as his special project. Under his guidance, the Northwest Huskies won six high school state championships. In 1983 his baseball team was ranked number one in the nation. Bill Olson had over 1,500 career wins with a winning percentage above .700. He also won 8 American Legion baseball state championships and finished third in their World Series in 1985. He was named the 1997 USA Olympic Development Coach of the Year.