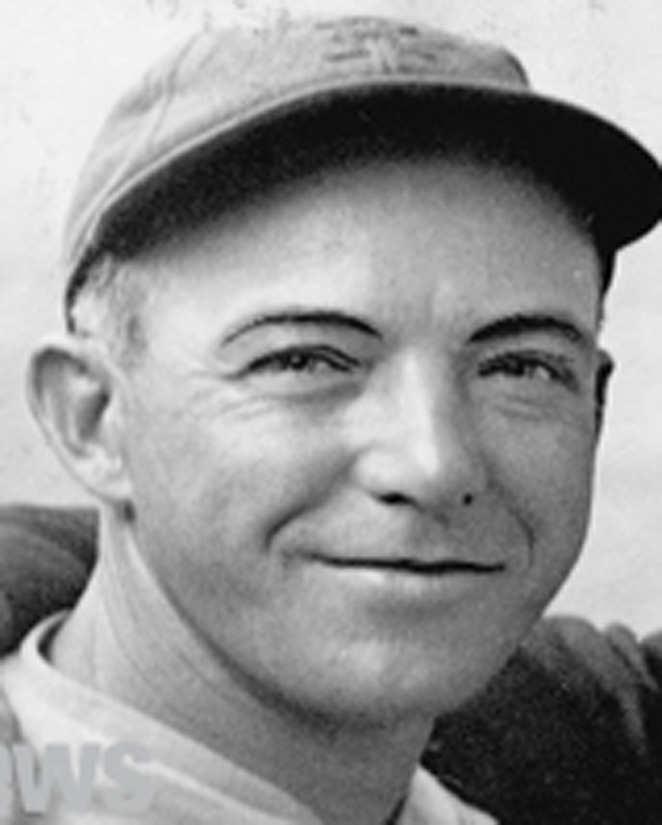 Athlete. 1910 Graduate. A small person whose hustling attitude in sports was noticeably during his school days and into professional baseball.  Thirteen-year career in major league baseball with a lifetime batting average of .297. Batted .300 six different years. Managed in the majors for 13 years and his teams won 1044 and only once missed the first division. St. Louis Cardinals won three pennants and two world championships under Southworth. Won another National League pennant with the Boston Braves. Elected to Baseball Hall of Fame in 2007. A famous quote of him after his career ended:  “I promised myself that if I ever became a manager, I would treat a boy better than I was treated. I think I have kept the faith in that respect. Perhaps I’ve been forced to release a boy because he didn’t have the ability to make my club, but there’s none can say that I didn’t treat him with kindness and respect.

This article appeared in the booklet, “Boston Braves 1948 Player Roster”

No better success story in American life has been written than that of Manager Billy Southworth of the Braves. It may not compare in stature with that of log-cabin presidents or captains of industry but the average small boy who is getting his first start playing baseball probably would prefer it to any you might mention.

Starting as a barefoot kid around Columbus, O., following his birth in Harvard, Neb., 55 years ago, Billy went through the small-boy phase of baseball playing until he became so good he was getting $5 a game when he was 15 years old and reached the pex of his success last October when he signed a five-year contract to manage the Boston Braves at $50,000 per annum.

It was our pleasure to see Billy break in with the Pittsburgh Pirates 30 years ago during the First World War, after he had had a brief trial with the Cleveland Indians three years previously. What impressed one most about him was his hustle. Billy was the personification of hustle and has been ever since.

“I had to hustle,” commented Billy when asked what one thing had most to do with his success, “because I was a small fellow. This is a big handicap in trying to impress a big league manager. I knew I had to put out that much more and do things to attract attention than a fellow with better physical equipment.”

“Therefore I made it my credo from the time I ever put on my first uniform, acquired by collecting soap coupons. These came around a bar of laundery soap that the mothers used (in) those days and I believe it took a bushel basket full in order to get the uniform. But I even hustled then; otherwise some kid would beat me to it. “Hence, I got the hustling habit and have never gotten over it. While I was a player I didn’t care what the other fellow did, I was out there giving it the old college try, no matter how badly we might be beaten, or how futile the prospects appeared of winning. And looking back, I think it paid off.”

When you analyze Billy’s career you can’t help agreeing with him. He broke into professional baseball at the age of 17 years with the Portsmouth club of the Ohio State League, which was started by Bob Quinn, then business manager of the Columbus club of the American Association, and father of John Quinn, present general manager of the Braves.

From that time to the present, it’s been Billy’s life. And who can say it hasn’t been a good one? Always remembering what a tough time he had breaking into professional baseball, Billy has always been solicitous about the young fellow that’s come under his guidance.

“You don’t have to have a good memory to recall the rebuffs you get as a youngster,” observed Southworth, “because even Time doesn’t eradicate those scars. I guess I was a little thicker-skinned than most boys of my age, otherwise I couldn’t have taken it as I did.

“Anyway, I promised myself that if I ever became a manager, I would treat a boy better than I was treated. I think I have kept the faith in that respect. Perhaps I’ve been forced to release a boy because he didn’t have the ability to make my club, but there’s none can say that I didn’t treat him with kindness and respect.

“It’s always been my thought that every boy who is physically able should play baseball. I started my own boy playing shortly after he started to toddle around the house. It’s my belief that a boy not only builds himself up physically but he learns to accept bumps that will help him along the road of life. It’s still the national pastime. And the greatest game of all!”