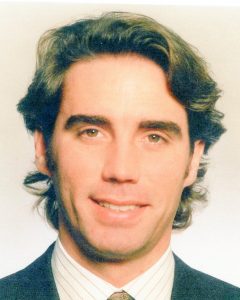 Bob Green never lost a high school tennis match, posting a 67-0 record in three years at Creighton Prep, losing only three sets throughout his prep career.  As a sophomore, he defeated the previous years finalists to claim his first of three state championships at No. 1 singles.  The class valedictorian, Green went on to excel at Boston University where his tennis success paved the way for his induction into the Terriers Hall of Fame.  He was the teams MVP for three years and the schools first-ever qualifier for the NCAA Tournament.  He went on to a six-year career in professional tennis, where he was the ATP Rookie of the Year and rose to the No. 37 ranking  in the world in 1984 after losing in the U.S. Open quarterfinals to No. 1 ranked and eventual champion John McEnroe.