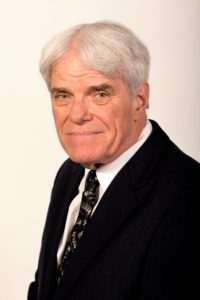 Known as “1,000-Yard Guy,” Grand Island’s Bobby Mills has been dedicated to recognizing the accomplishments of the state’s student-athletes.  He began pursuing a comprehensive list of Nebraska’s 1,000-yard rushers in 1974 and has published updates to that list every year since.  He has devoted time and finances to his passion for high school sports.  A free-lance reporter who can be found on the sidelines of many sporting events,  he also writes columns and articles that appear in the McCook Gazette and Grand Island Independent and his on-line blog often focusing on historical events and athletes.