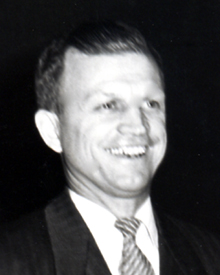 In the last assembly before Lincoln’s University High closed its doors forever, the athletes presented coach Dale Snook a plaque inscribed with: “To coach, who gave us reasons to win, not excuses.” His philosophy of rejecting excuses served University High well. In the 19 years he coached the school’s basketball and track teams, the Tutors won state basketball titles in 1954 and 1965 and the track crown in 1953.The basketball team was the state runner-up in 1957 and in 15 years of his coaching career, the Tutors finished the year ranked in the top 10 in the state. Snook’s legacy on the basketball court was a ball-control style. He developed a semi-stall pattern in 1957.