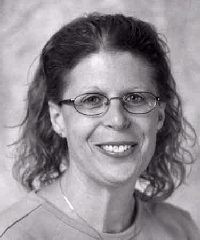 Athlete.  Carol started collecting gold medals from the beginning.  She began competing in AAU meets as a youngster.  She competed on the boys cross-country team her freshman year at McCook because there was no girl’s team.  She was the number 3 runner in most of the meets.  Track season was her real forte, she won  the 800, 1600 and 3200 meter runs in the State Meet.  Her sophomore year McCook fielded a girl’s cross-country team and sparked by Carol won every meet they were in including the Nebraska State Cross Country Meet.  Their team finish of 2-3-6-9 for a total of 18 points still ranks as the lowest team score in the history of the meet.  This was also a banner year for the girls track with Carol again winning the 800, 1600 and 3200 meter runs she also took a leg on the 3200 meter relay which gave them a total of 32½  points and the State Championship.  Moved to Lincoln High for her next two years, picking up six letters in three sports, cross-country, basketball and track.  In her junior year she again picked up the gold in the distance races with a record time of 10:45.89 in the 3200. This year she switched from the 3200 relay to the 1600 relay, which finished second and gave the Links a Class A team state championship. Carol was named All-American Honorable Mention in track her senior year, where she won the State Meet in the 1600 and 3200 and a second place finish in the 800.   Her 1600 time was a record 5:00.61.  After high school Carol accepted a scholarship from UNL where she lettered two years in cross-country and four years in track.  While she was a member of the Husker track squad they were Conference Indoor and Outdoor Champions all four years and National Indoor Champions one year.  After college she returned to McCook  as a teacher and coach for a time then went to UNO for a Masters Degree and is now involved in social work.