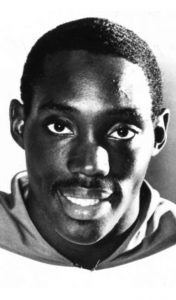 Cedric Hunter dribbled through one of the greatest eras of basketball in Nebraska High School history. The Omaha South guard who lettered in all four years, averaged more than 23 points per game as a junior and then scored 27.3 points per game as a senior and was selected the captain of the Omaha World-Herald’s All-Nebraska squad. He went on to play at Kansas, starting eight games as a freshman and 107 in his four-year career. He finished with 1,022 points for the Jayhawks and set the school’s single-season record for assists. He went on to play for the Charlotte Hornets for three years before a long career in the CBA/WBL where he set career records for assists and steals.