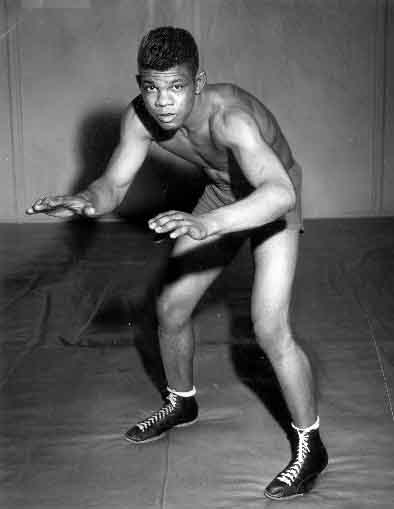 Athlete. Charles Bryant earned all-state honors in football while playing at Omaha South. He also earned a letter on the Packers’ wrestling team. But it was in college at the University of Nebraska where he excelled. As a walk-on, and the first black player in the modern age, and despite being 5-foot-11 and less than 200 pounds, he earned All-Big Seven honors as a lineman in football. He also earned three letters in wrestling, winning the Big Seven 167-pound championship in 1955. After college he taught and coached in the Omaha and Council Bluffs area, becoming the first black head coach in the Omaha metropolitan area when he was named the wrestling coach at Council Bluffs Thomas Jefferson in 1962.