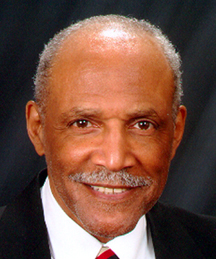 Athlete. An NCAA cross country champion, Charles “Deacon” Jones set the American record in the steeplechase in 1957 and competed in the Olympics in the 3,000-meter steeplechase in 1956 and 1960. However, his first rewriting of the record books came while representing Boys Town where he set a national high school record in an AAU meet in St. Louis, Mo. Jones was the Nebraska high school Class A champion in the mile run and anchored Boys Town’s champion mile relay team. He played outfield on Boys Town’s baseball team, halfback on the football team and point guard on the basketball team. He earned all-state honors in football and basketball as a senior and helped Boys Town win the Class A state basketball championship his senior year. He went on to compete in track and cross country at the University of Iowa.  Lives in Chicago.