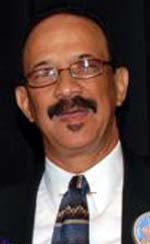 Coach. Curlee Alexander won the 115-pound NAIA National Wrestling Championship in 1969 for the University of Nebraska at Omaha and turned that experience into a highly successful coaching career. He started at Omaha Tech in 1971, then moved to Omaha North in 1984. Alexander coached more than 50 individual state champions before retiring in 2008. His teams claimed seven state championships, in 1978 at Tech and 1985, 1990, 1993, 1994, 1995 and 1999 at North. The two schools also claimed four runner-up trophies while under his direction. He was a four-time Metro Coach of the Year, the 1990 Nebraska Scholastic Wrestling Coaches Association Coach of the Year and the 1994 Omaha World-Herald Boys Sports Coach of the Year. He was inducted into the UNO Hall of Fame in 1986.