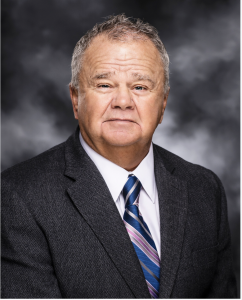 As Head Baseball Coach at Ralston High School from 1982 to 2004, Curt Shockey’s Rams enjoyed a litany of success.  As one of the smallest Class A schools, Shockey led Ralston to six state titles, including a “three-peat” in 1986, ’87 and ’88.  As the skipper of the Rams, he surpassed the 1,000-win mark in 2004.  He was named the All-State Coach four times, the Regional Coach of the year twice, and one of eight finalists for National Coach of the year on two occasions.  More than 120 of his players earned college baseball scholarships.  He coached three All-Americans, and five former players went on to play professionally.  He has published several articles on hitting, infield play, coaching philosophy and baseball’s mental game.  After a decade away from the high school game, he returned to the bench as an assistant on the staff of his son, Jason, at Bellevue West.