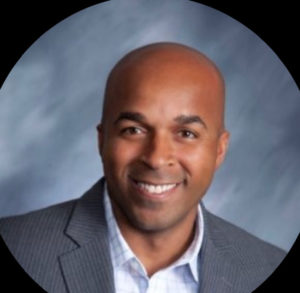 Nebraska’s Mr. Basketball of 1991, Curtis ruled the basketball scene while becoming the fifth leading scorer in Class A history. A three-year letterman, he made his mark as a junior scoring just a fraction under 25 points, six rebounds, five assists, and four steels per game while earning All-State honors and being named Nebraska’s Gatorade Circle of Champions Player of the Year. He improved his statistics his senior season with 30.5 points, 6.5 rebounds, 5.5 assists per game – while leading the Junior Jays to an 18-4 record and the No. 2 ranking in the final poll.  His efforts earned honorable mention All-American honors from USA today.  Accepting a scholarship from North Carolina State, he started for the Wolfpack his last three years, surpassing the 1,000   point mark and finishing in the school’s top ten in assists and 3-point baskets. After college, Curtis played professionally in Germany.