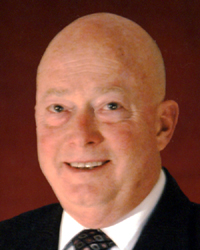 Official. Some advice from his father, a coach, laid the groundwork for Dale Butler’s career as an official. It requires less time, less commitment, generates fewer headaches and heartaches and the money was better, his father said.

Intramural games at Chadron State College launched Butler’s officiating career that spanned an estimated 2,000-plus games over a 45-year career. He officiated the girls state basketball tournament from 1985-1990; the state football playoffs for many years, including the Class A state championship game in 2002; and numerous American Legion baseball, summer-league basketball and youth activities. He lived in Sidney, Norfolk, Fremont and Omaha and while at Norfolk, managed the intramural program at Northeast Community College, using that program to develop more than 30 people who went on to officiate.