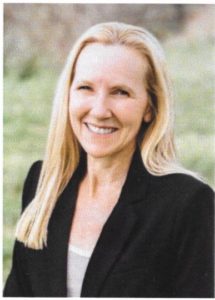 Dawn had her pick of sports to choose from when she went to college.  The runner-up for the Dial National High School Athlete of the Year Award, more than 60 colleges sought her out to play volleyball, softball, basketball and to compete in track and field.  At Ralston, she was a three-year starter in volleyball, earning All-State Honorable Mention.  In basketball, she started for three years, earning All-State honors while setting school scoring and shooting records, averaging a double-double as a senior.  In track and field, she set numerous records on her way to winning two All-Class Gold Medals in the discus.  She chose to play basketball and softball at U.S. International in San Diego, before playing professional basketball in the United Kingdom and the Netherlands, where she was on the first Divisional Championship team in 1991