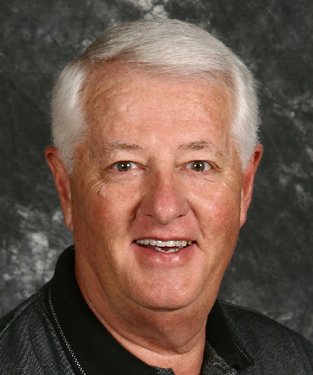 Contributor. A huge, huge percentage of the credit for the Nebraska High School Sports Hall of Fame Foundation goes to Dennis Smith. He had a vision of this organization and served the board from the organizational days of 1993. He’s been the treasurer since 1996. His 32-year career at Papillion-LaVista schools that included a position as principal from 1979-2000, netted many honors, including the naming of the annual high school track meet the “Denny Smith Invitational.” He was elected to the NSAA Board of Control for 21 years and his colleagues clearly recall his stance on most issues being “how does this affect the kids.” He was instrumental in the fundraising of more than a million dollars for the Papillion-LaVista stadium facility. He grew up in Cherokee, Iowa, and his football, basketball, track exploits drew him to Wayne State. He taught and coached at Creighton before moving to Papillion.