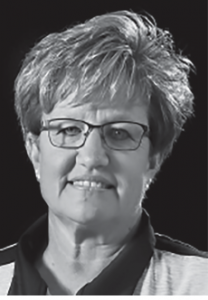 Diane Rouzee’s 30-year career as head volleyball coach of Grand Island Northwest produced three state championships, six runner-up finishes, 23 trips to the state tournament and a 768-183 record. The recipient of the National Coach of the Year Award in 2018, Rouzee retired with the eighth-highest win total in Nebraska history. Called a “second mother” by many of her players, she watched her teams establish state records for kills and digs in a match.  She has been on the coaching staff of the Nebraska Coaches Association All-Star Game three times, twice as head coach.