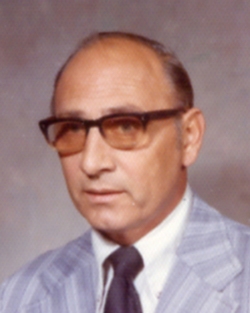 Dick Christie was a longtime teacher, coach and administrator in the Omaha Public Schools. He coached basketball, track, golf, swimming and football (73-39-2 career record), mostly at Omaha Tech. Among his athletes were Heisman Trophy winner Johnny Rodgers and future NFL players Phillip Wise and Les Webster. Big, strong and intimidating, yet very mild-mannered, Christie gained the respect and admiration from the students and staff.

As an athletics director, he mentored many young coaches, developing them into strong, positive influences on their athletes. He served as Omaha Tech’s athletics director from 1971 to 1983 before finishing his career with OPS at Omaha South. He developed the Dutch White Relays into Omaha’s premier track meet in the 1960s.