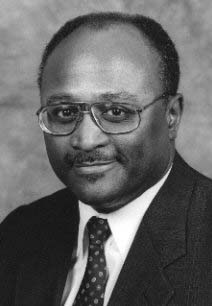 Athlete.  Of the many fine athletes to wear the blue and gold of the Omaha North High School Vikings, this 1966 graduate was a tremendously gifted football star. He averaged 10.4 yards per carry as a fleet-footed halfback and has held the Metropolitan Conference record for most touchdowns per game for nearly a half-century. In addition to his all-state status on the gridiron, he was a two-time state champion wrestler, and a track standout for the Vikings. World-Herald athlete of the year.  As a Nebraska Cornhusker football competitor, he was a leading rusher and an all-conference running back. Perhaps more impressive, he was also twice named as an Academic All-American. This most bright young man finally did well in professional football, playing for the Cleveland Browns, Denver Broncos and New Orleans Saints.  Inducted in the Nebraska Football Hall of Fame.