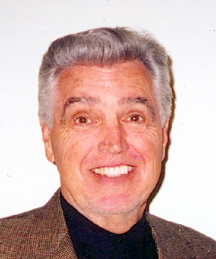 The 1953 Omaha World-Herald and Lincoln Journal Star Athlete of the Year, Don Erway excelled in football, basketball and baseball for the Links. He was a member of the undefeated Links football teams in 1951 and 1952, averaging 6.85 yards per carry as an all-state halfback. On the hardwood, Erway was his team’s leading scorer, averaging 19.5 points per game during the 1952-1953 season, and he was selected for the all-state team that year. Erway played catcher for the 1951 and 1952 state champion baseball teams. He went on to play football and baseball for the Nebraska Cornhuskers. Erway lettered in football the 1954 and 1955 seasons and played on the Orange Bowl team of 1954. In 1955, Erway scored 55 points, which ranked second in the Big Seven. He also played baseball for the Huskers for two years before a knee injury ended his career.