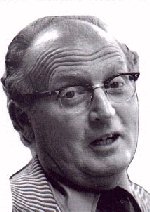 Contributor. The contribution sportswriters make to the understanding and enjoyment of high school athletics is immeasurable. One of the best was Don Lee, who spent 44 years covering sports as a reliable scribe for the Omaha World-Herald newspaper. He was present for 35 consecutive state basketball tournaments and 35 state track meets. Though his talents extended to the occasional coverage of college sports as well as golf, boxing, horse racing, figure skating and hockey, his close ties with Nebraska high school sports remained paramount. He was very familiar with the vanishing numbers of high schools and the consolidation movement and he made sure that the small town teams as well as the metropolitan giants received proper and frequent coverage.