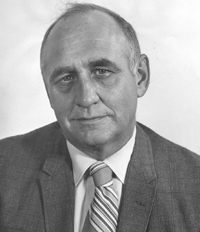 Coach. This football coach’s career began at Ponca High School in 1950, and then shifted into high gear when he became head football coach at Schuyler High School. While guiding the fortunes of the Schuyler Warriors, he helped develop a great program, resulting in the 1958 team widely recognized as the Class B state champion. His green and white gridiron Warriors began a 29-game winning streak which lasted into 1961. He was selected as a coach for the North Squad in the first Shrine Bowl. In 1959, he joined the coaching staff at the University of Omaha. In 1971 he returned to his alma mater, Midland College, and became head football coach and athletic director. His coaching record there of 116-81-2 ranked him as the winningest coach in Midland history.