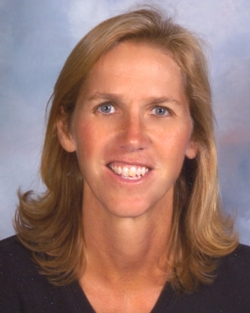 In the early stages of girls athletics in Nebraska, Donna Chvatal Schuetz was among the pioneers who quickly raised the level of play. Schuetz was a four-year starter in volleyball and basketball and a standout in track at North Bend Central. She excelled in basketball, where her coach described her as a highly-skilled, motivated, unselfish athlete who demonstrated sportsmanship on and off the court. From her jump shot to rebounding to defense, she was a complete player. Her varsity teams compiled a 58-4 record with three conference and three district championships. She scored 1,056 points, handed out 256 assists, made 301 steals and shot 51 percent. Her high school volleyball teams won 45 matches and lost 12 while winning three conference titles. She also was a three-time qualifier to the state track meet. She went on to play basketball at Creighton, but injuries plagued her and as a result, curtailed her college career.