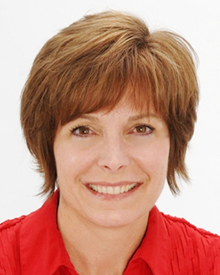 A mirror image of her sister, Debbie, the Spickelmier twins dominated Class D throughout their high school careers that included two state track championships, a state basketball championship and two state track and one volleyball runner-up finish. Donna won 16 medals at the state track meet, including an all-class gold medal in the 1,6000-meter run. She put her name on Nebraska’s all-time top 10 charts in the 800, 1,600 and 3,200. On the volleyball court, she led the Cardinals to three state tournaments and earned all-state honors as a junior and a senior. She was second-team all-state helping Hayes Center to the Class D-2 state basketball championship her senior year. At Kearney State College, she earned eight All-American honors and won NAIA national championships in the mile, the 1,500 and the 3,000.