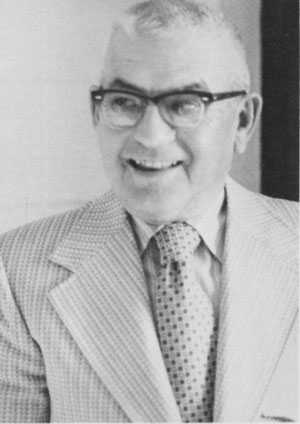 Coach–Where Nebraska highway 91 meets the Cedar River in northeastern Greeley County is the home country of the Spalding Academy High School. One who dedicated his life for nearly a half century to the improvement of athletics here was Coach Ed Colleran, between 1933 and 1980. Doing double duty as both boys basketball and football coach, he doubled as a mailman-coach for several years and became a teacher when the state rules changed to require the head coaches to be on the staff. His football teams had a 169-84-8 record. This important member of the community compiled an enviable lifetime list of 648 wins in basketball and 169 victories in football. During the late 1960s, the green & white-clad Shamrocks of Spalding Academy were high on list of successful boys basketball teams in the state tournament, reaching the semifinals in Class D in 1967.