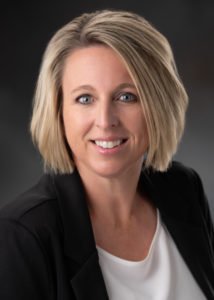 Elizabeth capped her high school golf career by winning every meet her senior year and leading Kearney High to its third State Championship in her career.  She also won the Class A State Championship as a junior.  In amateur tournaments, she won the Nebraska Girls’ Match Play Championship in 1994 and represented Nebraska on the Four State Team all four years in high school.  At the University of Nebraska, she led the team to two NCAA Tournament appearances, setting school records for the low 18 hole score of 68 and 72 hole score of 301 at the tournament. In the Nebraska Amateur ranks, she won four women’s State Match Play Championships and one State Stroke play title.