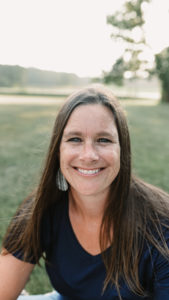 A winner of 12 letters at Lincoln Southeast, Emily led her teams to seven State Championships- four in cross country and three in basketball.  She won the individual Gold Medal at the State Cross Country meet during an undefeated freshman season and finished in the Top 10 the other three years.  On the basketball court, she measured her successes in bruises and floor burns.  She started at point guard after her freshman year, earning All-City, All-Conference and All-State Honors.  Also a four-year letter winner in track, she ran a leg on the 4×800 relay team that set a school record.  In college, she played basketball for St. Cloud State, appearing in 111 games for the Huskies.