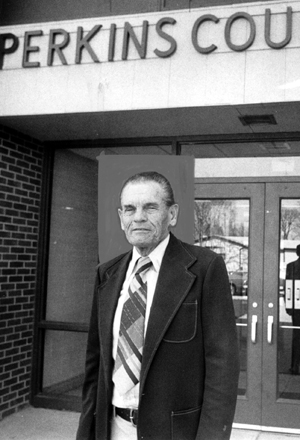 Athlete.  This 1932 graduate of Max Rural High School in Dundy County set a lifetime example of the successful athlete. He single-handedly captured the 1932 Class D State Track Championship by winning four events and placing second in another. That was the sensational part of his career. The rest of the time, he was a rock solid performer. Next, at Hastings College he set a high jump record of 6-4 7/8 as well as doing well as a basketball player. He qualified in the decathlon for the 1940 Olympics not held due to World War II. From 1946 to 1982 he was a school administrator at Grant, helping to build the excellence in education and athletics this Perkins County school still enjoys. After retirement, he returned to the life of an athlete, setting a national javelin record in his age division in 1994 in the Senior Olympics.