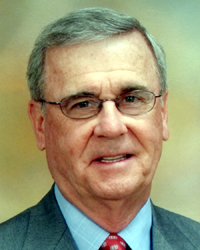 Coach. When George O’Boyle started coaching at Lincoln Pius X, he started a cross country program that became a dynasty. Under O’Boyle, the Thunderbolts won 10 boys state cross country championships and seven girls state track championships. The teams also earned five runner-up trophies. Born in Bronx, N.Y., O’Boyle came to the University of Nebraska on a track scholarship. He taught one year in Battle Creek, Mich., and one year at Hastings St. Cecilia before coming to Lincoln. A coach who was always open to new techniques and ideas to keep the sport fun, he was a volunteer coach in 1968 before getting a full-time coaching-and teaching job at Pius X, where he coached for 40 years. He also was a successful track and field coach, guiding Pius X girls to the state title in 1982 and the boys to the state championship in 1984. The Thunderbolts also claimed three runner-up trophies. He was the National Cross Country Coach of the Year 2000.