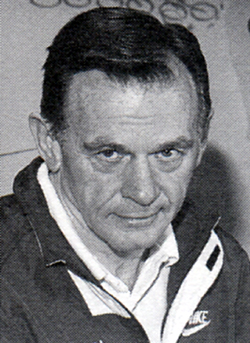 Athlete, Coach. One of the better known football offensive coaches in America, Homer Smith did well as an athlete himself before graduating from Omaha Benson High School. Named all-city in Omaha in football, he was a winning Class A long jumper at the state track meet and a good hurdler. While playing football at Princeton University he was named All-East in both 1952 and 1953 and elected team captain in 1953. He has served as a head coach at Davidson College and the U.S. Military Academy. His niche came as offensive coordinator in both college and professional ranks. In 1990 he was named offensive coach of the year by The Sporting News publication. Certainly a quality coach well regarded by his peers and media.