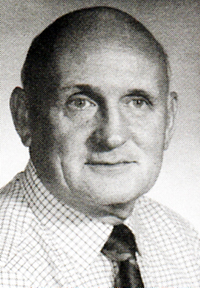 Official. Though he was known by his many friends within Nebraska high school sports as Junior; his fair and long-term officiating was certainly of senior quality and was his coaching on both the junior and senior high levels which gave him valuable insight into the nature of the contests. He started officiating in 1937 and for nearly half a century, during the better part of six different decades of the 20th century, he served Nebraska schools as a reliable and dependable official, especially for the sport of basketball, football and volleyball. He was an official at the state championships of those sports and also a helpful official in track & field. His years of service as an official included: basketball from 1937 to 1981, football from 1948 to 1980, track from 1948 to 1986 and volleyball from 1973-1986.