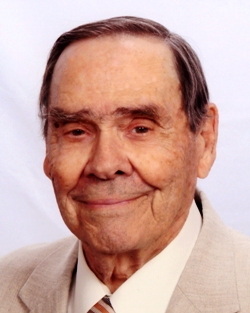 Contributor
Few probably would recognize his face, but many knew his voice from radio broadcasts to the public address announcements at many events. Jack Payne provided the soundtrack to numerous high school and college events, including the state track meet, which he announced for 27 years. He also loaned his voice to the Metro Conference track meet for nearly 40 years and the College World Series for 37 years. He began broadcasting football games while a college student in Oklahoma. After military service in World War II, he returned to Oklahoma and began his association with high school sports by broadcasting the field events at the state track meet on state-wide radio. Payne is best known for his 17 years at WOW and WOWTV and his 22 years at KFAB in Omaha. He was on the Husker football broadcasts from 1970-92 and broadcast Nebraska basketball, high school basketball and the Drake Relays.