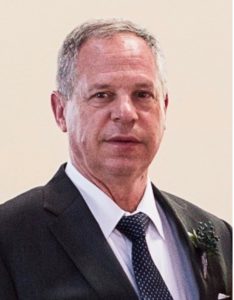 Jerome Skrdla, who ranked sixth in  state history at the time of his induction with 560 victories as a girls basketball coach, has coached three schools to the state tournament, winning three state championships — at Kearney Catholic in 1984 and 1985 and Gretna in 2006.  His Kearney Catholic team strung together 55 consecutive victories.  In 27 years at Gretna, Skrdla’s teams have been to the state tournament 15 times and won 12 conference titles, and he garnered multiple Coach of the Year awards.  At Kearney Catholic, he coached the boys track team to a state title in 1986 and the runner-up trophy in 1985 as well as the football semifinals in 1982.