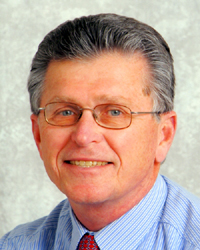 Coach. Jerry Eickhoff retired at the end of the 2009 basketball season as Nebraska’s all-time leader in victories while compiling a 670-226 record. A rarity indeed, he coached at Hampton for the entire 40 years of his career. He and the Hawks won three state titles, three state runner-up finishes, a third-place finish in 10 state tournament appearances. Under his guidance, the Hawks won 51 straight games in 1972-74 and Hampton played in four straight state championship games from 1987-1990. Known for stressing the positive and instilling a sense of confidence in his players, Eickhoff coached football, volleyball and track early in his coaching career. He was also the athletic director and was the high school principal for more than 30 years.