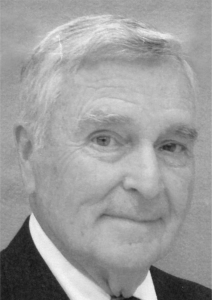 Official
Jim Paige spent more than 50 years calling fouls and penalties in football, basketball and track at Nebraska high school athletic events. Described as “quiet, unassuming and hard-working,” Paige displayed a respect for athletes and coaches while maintaining fairmindedness in the implementation of the rules. Selected as the Nebraska Football Official of the Year, Paige worked a handful of state football championships as well as several state basketball tournaments. Primarily a starter in track and cross country, Paige has been a triple jump official at the state track meet for more than 30 years. In addition to being an active official, Paige has mentored dozens of young referees, bringing quality to the ranks of the profession. He has also been an observer and evaluator of officials for the NSAA.