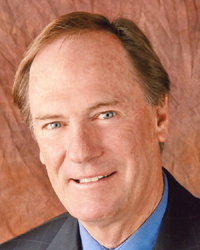 Athlete. Class of 1968. Whether on the basketball court or the golf course, Jim White mastered the athletic skill of putting the ball in the hole. At Hastings High School, he earned the Lincoln Journal Star athlete of the year award while leading the Tigers to the state golf championship and the state basketball tournament. On the basketball court, he set single-game and season scoring records for the Tigers, earning all-state and all-state tournament honors. In golf, he shot a state tournament record-tying 70 in 1968 while winning the individual medal and leading Hastings to the state title. He had similar success at Hastings College, earning all-district basketball honors in 1971 and 1972. He won every college golf tournament in 1972, except the NAIA National Championships, where he tied for third in 1972. He continued to have a successful career as an amateur and a professional golfer, winning the PGA Senior National Championship in 2004 with a record 14 under par.