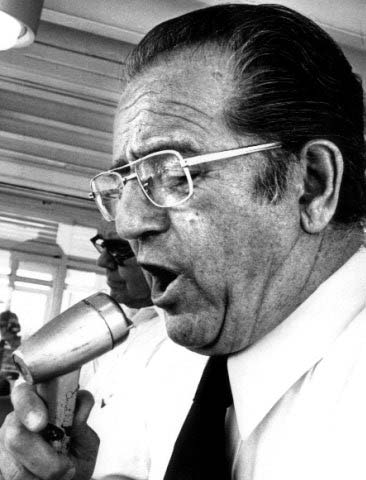 Contributor. Competitors and spectators alike came to the Nebraska High School Track and Field championships to see the action, but for 40 some years, they also reveled in the distinctive voice of the announcer, Joe di Natale of North Platte. His booming reports of the action added a special cachet to the atmosphere of the state meet. If someone ran the 100-yard dash in ten seconds flat, his feat would be reported by di Natale as being run in a time of “TEN SECONDS E-E-E-EVEN.” He was a pioneer broadcaster of Cornhusker football. Deservedly honored with many awards, he was inducted into the Nebraska Broadcasters Hall of Fame.

Any athlete who ever competed at the state track meet during his era likely will never forget the most interesting announcements by Joe di Natale.