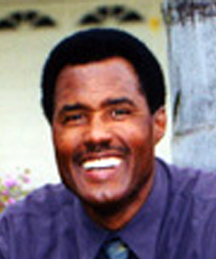 Athlete. Joe Orduna excelled in football, wrestling and track at Omaha Central before playing football at the University of Nebraska and the NFL. He won gold medals at the 1966 state track meet in the long jump (22 feet, 6 ¾ inches), 180-yard low hurdles (20.1 seconds) and the 880-yard relay (1:29.8 seconds). Omaha Central won the team track title in 1965 and 1966, years Orduna made major contributions. He twice qualified  for the state meet in wrestling and was a standout in football where was a starting halfback. He participated in the 1966 Shrine Bowl. At Nebraska, he lettered for three years and rushed for 1,968 yards and 26 touchdowns. He was the team’s rushing leader in 1968 and 1970 and earned All-Big Eight honors in 1970. He played in the Hula Bowl and was selected in the second round of the NFL draft by the San Francisco 49ers. He played three years in the NFL for the New York Giants and Baltimore Colts. Orduna was inducted into the Nebraska Football Hall of Fame in 1990.