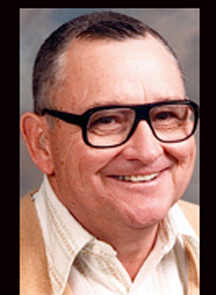 Coach.  John Johnette, Omaha Burke’s first basketball coach, led the Bulldogs to state championships in 1977 and 1986. He compiled a 292-251 record in 25 years as Burke qualified for the state tournament 13 times. On the baseball diamond, Johnette coached from 1963 to 1970 and ended on a high note with a state championship in 1970. Johnette started at Omaha Benson, then moved to Omaha Beveridge before helping Burke get off the ground. He was one of the organizers of the Nebraska Coaches Association and in 1975 was selected as an assistant coach in the NCA All-Star Basketball Game. He was given the NCA’s Ed Johnson Award in 1981. In 1987, Johnette was awarded the Nebraska School Activities Association Outstanding Service Award in basketball.