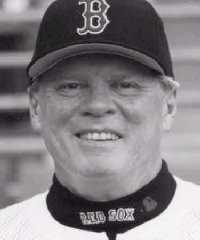 In June of 1964, John received two important documents–his high school diploma and a bonus contract from the baseball Kansas City Athletics.   Manager Whitey Herzog was present to do the signing honors.  It launched a lifetime in baseball. John was in the minors one year and then was called up to the majors with the Kansas City A’s in 1965. He was a long-time head baseball coach at the University of Nebraska. John is presently a minor league manager for the Gulf Coast League Red Sox, a Boston Red Sox farm team as well as manager for major league players on rehabilitation leave. He also has responsibilities in player development.