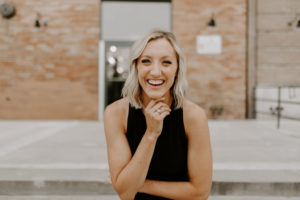 On the volleyball court, Jordan Larson killed it.  A key player on the U.S. Olympic volleyball teams in 2012 and 2016, Larson earned 12 letters in volleyball, basketball and track at Logan View.  An All Class All State selection for three years, Larson earned high school All-American honors.  On the basketball court, where she could easily jump and touch the rim, she set school records for scoring, rebounding, and assists.  A University of Nebraska commit after her sophomore year, she was a prime attacker for the Huskers who won the 2006 National Championship and reached the semifinals, two other times.  A three-time All-American, Larson’s number was retired after she set a school record for ace serves and had Top 10 marks in kills, digs, and solo blocks.