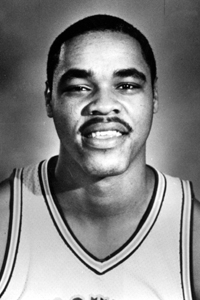 Athlete. Without question one of the best left-handed shooters ever to take the floor in Nebraska high school basketball, Kerry Trotter was a 1982 graduate of Creighton Preparatory High School in Omaha. His sensational career began as a freshman there and he was three times selected All-Metro and twice All-State. He scored a total of 1,672 points while in high school. In 1981 he led the Junior Blue Jays to a Class A Boys State Championship in basketball. His senior year he averaged 26.8 points a game and once scored 46 points in one game. Following graduation he had four fine years playing at Marquette University. One of the most significant historical facts was his inclusion in 1982 on the McDonald’s High School All-American Basketball Game where, as expected, he did well.